Our Vale facility is the world’s third-largest diatomaceous earth (DE) facility.  The two kilns at Vale can produce calcined and flux-calcined DE for use as filter aids, functional additives and low iron brewing grades of filter aids. It has an annual capacity of approximately 120,000 tons and uses diatomaceous earth ore from the open-pit Celatom mine, natural gas, electricity and soda ash.

The facility was originally commissioned in 1985, with the second kiln added in 1997. The Vale facility became a part of U.S. Silica during the 2018 acquisition of EP Minerals.

The City of Vale is a town rich with Eastern Oregon history. Incorporated as a town in 1889, the location was in use for many years previously, first by explorers then trappers and finally travelers and emigrants along the Oregon Trail. The hot springs made it a popular stopping location. It is in Malheur County, about 12 miles west of the Idaho border and is very popular for hunting, fishing and camping. 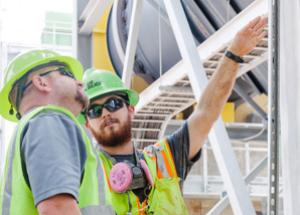